I’ve never really run with a group. I have a vague memory of attempting to be part of the cross country team while in middle school and epically failing at it, and as I’ve aged, I haven’t done any better at developing a community around me. I saw an advertisement at a specialty running shop for training groups and dismissed it out of hand. First of all, I can do this all alone, thank you very much. I don’t need to pay someone else for this. Also, I’m too slow. I’ll hold everyone back. Finally, they’ll all know each other and I won’t know anyone, and who wants to go back to high school anyway??

Look, I never said it made sense. The brain is a strange creature.

Training group cycles came and went at Fleet Feet, and I continued not to join in. Finally, I went in for a new running bra or something, and picked up a flyer. The dude behind the counter answered all my questions and before I knew it, I was seriously considering joining up. Notice I’m still not ready to commit to something as basic as a running group, or as easy. I have commitment issues apparently.

This was maybe two months ago (mid-January) and yesterday I got to run 8 miles with my friends in the running group. We shared our energy chews, encouraged each other, watched each others’ backs, and cheered on the unofficial mascot (Pressley is her name – she’s a doodle of some description – very tall and leggy. She could be a model).

As an aside, I believe that Straxi could perform mascot duties alongside Pressley (apparently the duties largely consist of patiently sitting and waiting while we warm up, then trotting at Joe’s side until time to stop and poop, then resuming trotting by his side) and I’m shooting for getting Straxi to the point where she can be a part of a group like this, too. Oddly enough, I seem to have passed my inability to engage with others socially on to my dog. And all she has to do to get to know someone is sniff their butt. It’s not like she has to make sparkling conversation or anything. 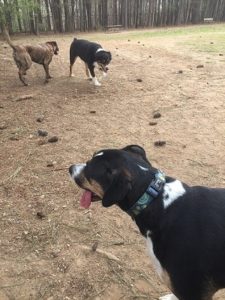 My dog is not a social butterfly.

I’m so excited that I was able to do this – running that far is a first for me, and running with a group is now becoming a real treat as opposed to something I actively avoid. I love running on my own with Straxi, but at the same time, having people to run with (my own pack, as it were) is awesome.

I regularly read (and listen to) Ali on the Run, and she has talked on her blog and podcast a great deal about the November Project.  I wish we had a tribe here, because I think this is something I could really get into and enjoy. Plus, the summer gets ass hot and that’s just as bad as being super cold and I always need motivation to get out there and work. I’m not going to start a tribe on my own, though. I know I don’t have the staying power to establish a set schedule like that and stick to it – having other people depend on me at work and at home is enough. I don’t want to get that sort of crap into my exercise life, too.

I feel really protective of my running, now, in a way I didn’t before. I have multiple things I’m doing to make sure that I improve my running as much as I can (I’m seeing a sports-oriented chiropractor and a nutritionist, among other things), and I am careful about cross training to avoid injury but still improve my cardio ability, blah blah blah, the same stuff we hear and read all the time. But my running seems like it’s just so much in its infancy, I’m afraid that anything I do is going to knock it off its stride, if you’ll pardon the really bad pun.

But this is about improving, which is at its core, about change – what we were yesterday is no longer enough and we want to build on it and make it even better. So I’m trying to blow on the little spark, and keep it alive, even when I have really hard runs, or runs that aren’t really that great. I have never had a bad run, now that I think about it. I think that’s a good sign. 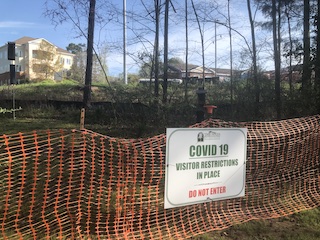 One Summer Class Down…