I’m reading Ronan Farrow’s new book, Catch and Kill, and first off, why are you reading this blog when you could be reading that? Go away and read this book, now. It’s that good.

In keeping with my general “become obsessed about something new until it becomes old” approach, I googled the heck out of Farrow when I started hearing about this book. I already knew quite a lot about him just from the fact that I am a Friend of the Pod and Farrow is in a LTR with Jon Lovett (Pundit is an angel!) and so I picked up a bit from just listening to the podcasts. But of course, once I started reading the book, I wanted to know more about this guy, mostly just because I became convinced he could not be human.

He’s studied at Oxford. He was a Rhodes scholar. He’s got a law degree. From YALE. He’s beautiful. He’s extremely funny. His writing is amazing, and the voice acting he does as he reads the book is incredible (I know that’s not for everyone – it was a little surprising to me, too. But I found that it helped me differentiate between the author’s thoughts versus anything from his sources). Just looking at half the things he’s done makes me wonder how the hell he can be a real person.

But then I remember – he’s wealthy. Not to take anything away from him at all, because he obviously had to work really hard to do what he’s done. Just the amount of sleep he had to give up to achieve one of the things he’s done is more than I’ve managed – I admire him something big. But there’s a huge difference in the lifestyles and resulting paths that open up for poor and for rich. Wealthy people can put their children in special schools if they want, and they can feed them all the healthiest foods available. Nobody has to worry about survival at the level of those who are working minimum wage jobs – every day is a slog when you’re poor. And at the end of the day, when you’re poor, you don’t get a medal for surviving but instead, your prize is that you get to do it again the next day, and the next, until you have run yourself into the ground and are old before your time.

The freedom that money – not even a lot, mind you, just a bit to spare – can give a person is amazing. I have been fortunate enough to experience this first hand – not at the level of a millionaire (which I would hazard a guess Mr. Farrow is) but at the level where I could have a summer “off.” As an adjunct teacher, I can say how many classes I am willing to take on, out of the classes offered to me. That’s the catch, though, if the classes aren’t there, I have to take what I can. There’s no stability there.

But one summer, I was “lucky” enough to have no classes to choose from – summer classes are notoriously difficult to secure, and if you don’t jump immediately at their offering, you might find yourself unemployed, as I did.

But the beauty of the summer was that my husband was able to step up his own work a bit, and we paid our bills ahead a bit, until the fall, when we knew my schedule would pick up again. And I had that summer to do as I wished.

Obviously I did a lot of video game playing, and a lot of other stuff that wasn’t especially productive. But the freedom it gave me to consider, and to choose, whatever I wanted to do with my time (within obvious parameters, of course – money was tight so I couldn’t go to the beach, for instance, or shopping at the Apple store every day). The range of options to choose from was pretty wide, and I was at least able to recognize the privilege and beauty of this opportunity.

What if we all had the opportunity to do this? What if survival wasn’t a daily concern, for anyone, anywhere, on the planet? Sure, some folks would likely play video games, drink beer, and not produce anything from their time. But think about what might come from an influx of Ronan Farrows in the world…we could cure cancer, world hunger, and probably even Republicanism.

Ronan Farrow is a goddamn national treasure, and his work on this book was incredible. I’m listening to the book, and his reading of it is truly great, including the voice acting that some people seem to dislike. It’s ridiculous for me to look at him, then look at me, then look at him, then be depressed about what I haven’t accomplished in life. His problems might be a little more reported on than mine (I do not mind anonymity at all, not one bit, thanks), and I know that he has some pretty massive issues he’s had to deal with, but it’s silly and pointless for me to read his Wikipedia page and feel like a piker. I would be lying, though, if I said I didn’t.

Go get his book – it’s worth the time, and we all owe it to the women who came forward to hear their stories, whether it makes us uncomfortable or not.

In Which I Consider Writing as a Practice

Running in the Rain 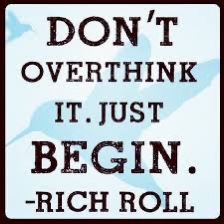