I’m devastated by the loss of RBG. It seems right now that it’s just one good whack after another, right across the face, all day, every day. The Trump presidency has been a constant underhum of horror, throughout the last four years, and I knew things would get worse as we got closer to elections, but it feels like the universe is piling on, to be honest. I feel like we are surrounded by death right now, between people I actually know dying, and then people I don’t know, but that I’ve come to depend on passing on. Death, destruction, motions on the horizon that can easily be described as “headed for a civil war,” and let’s not forget, TWO HUNDRED THOUSAND people have died from COVID. And we show no signs of figuring this shit out, or being able to collectively care enough about old, sick people to put on a fucking mask…some of us would much rather snowflake on about our personal liberties, and rugged individualism.

Well, sorry you fucking snowflake, rugged individualism DOESN’T EXIST. You could not get where you are right now without other people helping you out. And “helping you out” does not have to mean handing you a wad of cash. There’s more in the world than money, and there’s other types of help than financial.

Can you get to that job interview, that you got all on your own, without a road? What about that college education (or high school, for that matter) that you got all on your own – how many free hours of work do you think your teachers put in to make sure you got the best you could get out of that education? If you think the answer to that is zero, then I have a bridge I’d like to sell you, and it’s named after my Nigerian prince father.

My point is that regardless of how much we treasure this LIE we tell ourselves that we are in control, and we create our own destiny, and blah de blah blah, we run the world, IT’S. NOT. TRUE. I didn’t get through school without help from many, many people – some who knew me and many more who didn’t. Thinking that we are beholden to no one is only one of the many blindingly stupid things that we Americans seem to be dedicated to thinking right now.

Contrary to my Lewis Black-like rant, that’s not even the thing that’s bothering me the most. I’m enraged that anyone is surprised (if they really are) that Mitch McConnell didn’t even wait until RBG’s corpse was one degree cooler to start in with his disgusting, ghoulish shenanigans. I’m so incredibly angry that the Republicans are acting like an abusive spouse – they think we are stupid, and they are acting like we are stupid, and really, for not being able to get our shit together and maintain a functioning society that we were HANDED, we ARE stupid, and they are justified in treating us like the idiots we are.

The most qualified and prepared person to occupy the office of the presidency won by a substantial margin when it came to the popular vote – meaning that more people were in favor of her than the other guy. More people voted for the Democratic party than the Republican in various House and Senate elections, and because of gerrymandering and other heinous and truly illegal behavior, the Democrats can’t win – not even if they stopped bringing a fucking butter knife to the gun fight that is U.S. politics.

But ok – fine. He won whether by hook, by crook, or by Russia. He’s the President, nobody else is, that’s not in debate. What IS up for debate, apparently, is whether or not Republicans have a soul. Because they sure aren’t acting like it right now.

What kills me is that we – the Democrats – are the party of empathy, and the party of helping out others in need, whereas the Republicans are legit nothing but the .0001%, tricking the little, stupid guy into voting against his or her own interests.

If I had to sum up the two parties in Bible verses, I’d have to do it thusly:

Democrats – Proverbs 31: Speak up for those who cannot speak for themselves, for the rights of all who are destitute. Speak up and judge fairly; defend the rights of the poor and needy.

You will never be wealthy in this country, unless you inherit that wealth in some way. You will never benefit from those tax breaks the Republicans gave themselves, that are breaking the bank for you and for me, because you aren’t meant to. You’re meant to continue working every day, at as many jobs as you can, until you die. Somewhere in there, you need to make time for having babies, and to ensure that, the Republicans are going to make sure that any tools meant to ensure us that choice are missing from our cultural discussion whilst simultaneously ensuring that you know you have failed without having at least one or two kids.

They need the cannon fodder to fight their wars, you know.

I have grandchildren, and I want those grandkids to have a planet upon which to plant their feet. I don’t want them to experience the end of the world, but it sure feels like that’s what’s in their future.

The Republicans are a death cult, they are evil tricksters, and the majority of their followers are just stupid. 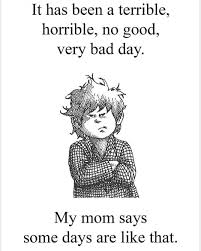